The Hive - The Latest Top 10 Operator on the International Market

The Hive is a recent addition to the list of poker networks operating on the international online poker market. The kick-off is so far a success story: only a couple of months into the business, the network is already among the top 10 on the .com rooms and networks traffic list, in terms of cash game traffic. According to Poker Scout, The Hive boasts 750 players on average in the past seven days, qualifying for a top 10 position and getting ahead of MPN and the now independently operating Unibet.

Currently, the network is home to four skins: HivePoker.com, PlanetWin365Poker.com, YachtingPoker.com and TerminalPoker, which has just recently joined, adding the pool of the network to its portfolio next to InstaDeal. The Hive is focusing on the .com market, while accepting players from certain regulated or banned markets, including Italy and Turkey. This may well have contributed to the huge popularity despite the recent entry to the market, as a lot of players are happy to be able to play against the international field and regulars are attracted by the Italian and Turkish recreational players.

The Italian recreationals mostly prefer PlanetWin365, one of the most popular online sports betting skins in the country. According to players’ reports, a lot of the punters are eager to try their luck at the poker tables as well.

“PlanetWin365 is an important Bookmaker who is also offering Poker. Their main target is the Italian market so most of their customers are from Italy. By offering sports betting and casino, they created a very pleasant environment at the poker tables, where many recreational players spend their free time, so the games are very soft, similar to the ones from 4-5 years ago.

“Traffic is ok, during the peak times more than 2500 players are online, and you can find action up to 2000nl.

“PlanetWin365 is offering direct cashier for the players and they process the withdrawals in a few days time, sometimes, the cashouts are sent in a few hours only.

“The software is very nice and allows you to play many tables, the only negative thing is that they do not offer direct support for trackers so you need a hand grabber in order to use them,” adds another player. 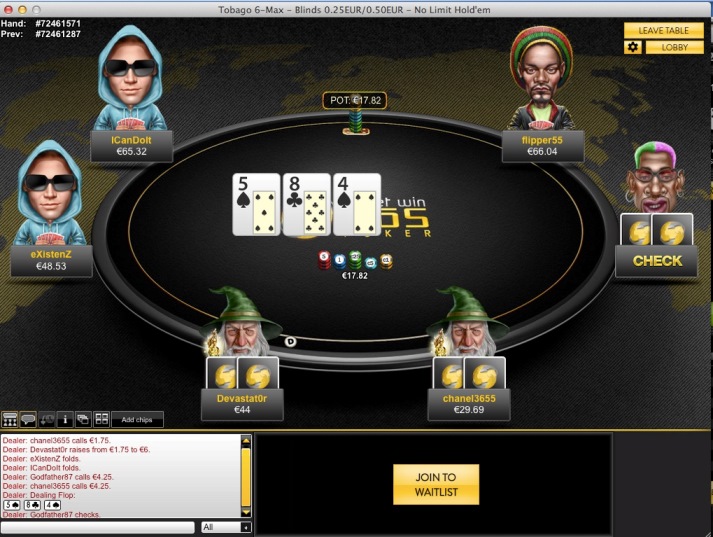 Most reviews praise the network as a real poker paradise. The field is soft, the software is great, traffic is quite sufficient and payments are fast, according to the majority.

Registered in Malta, the network is definitely worth checking out. However, mind that they are new to the business and accept players from markets where online poker is otherwise forbidden. Be careful not to deposit too much money just yet.

The Top 10 of the international traffic list is as follows (average CG players in the past 7 days):