We’ve looked at the top players in the categories from NL10 to NL40,000, including their bets, rooms, hands, profits and bb/100. However, we didn't consider players with mixed limits, nor rooms from networks not part of Smarthand. 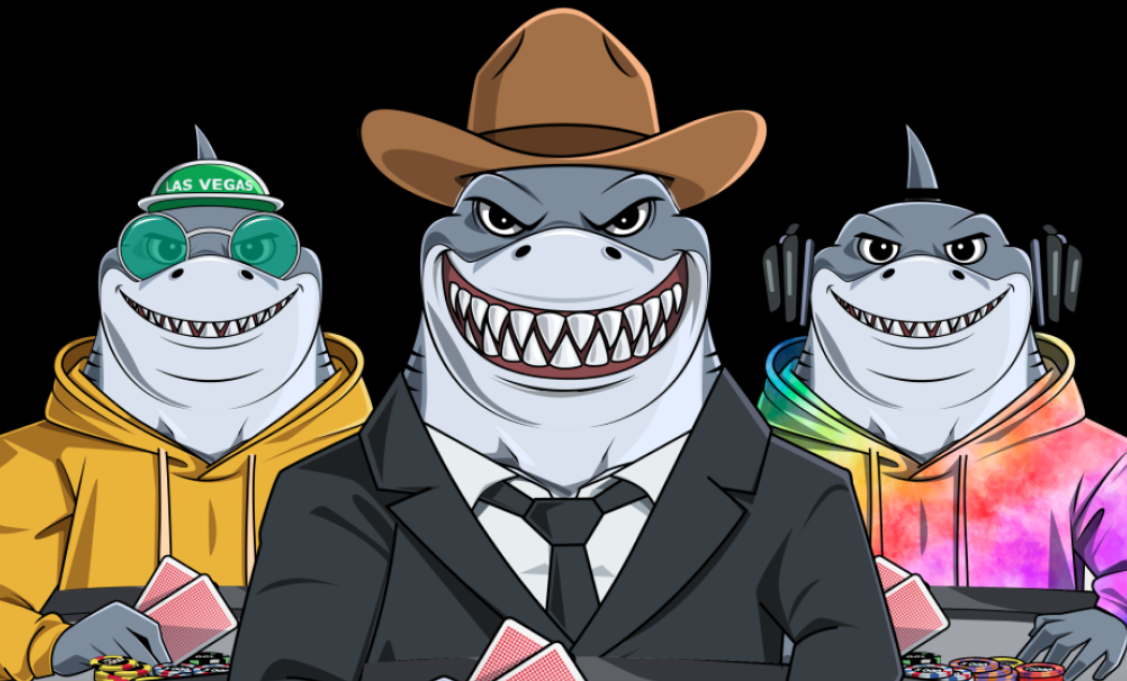 Best Players from NL10 to NL50

Below, we start by looking at significant players in the categories NL10 to NL50 on Smarthand's database. This database only includes the GGPoker, iPoker, PokerStars, Chico, WPN, and Winamax networks. 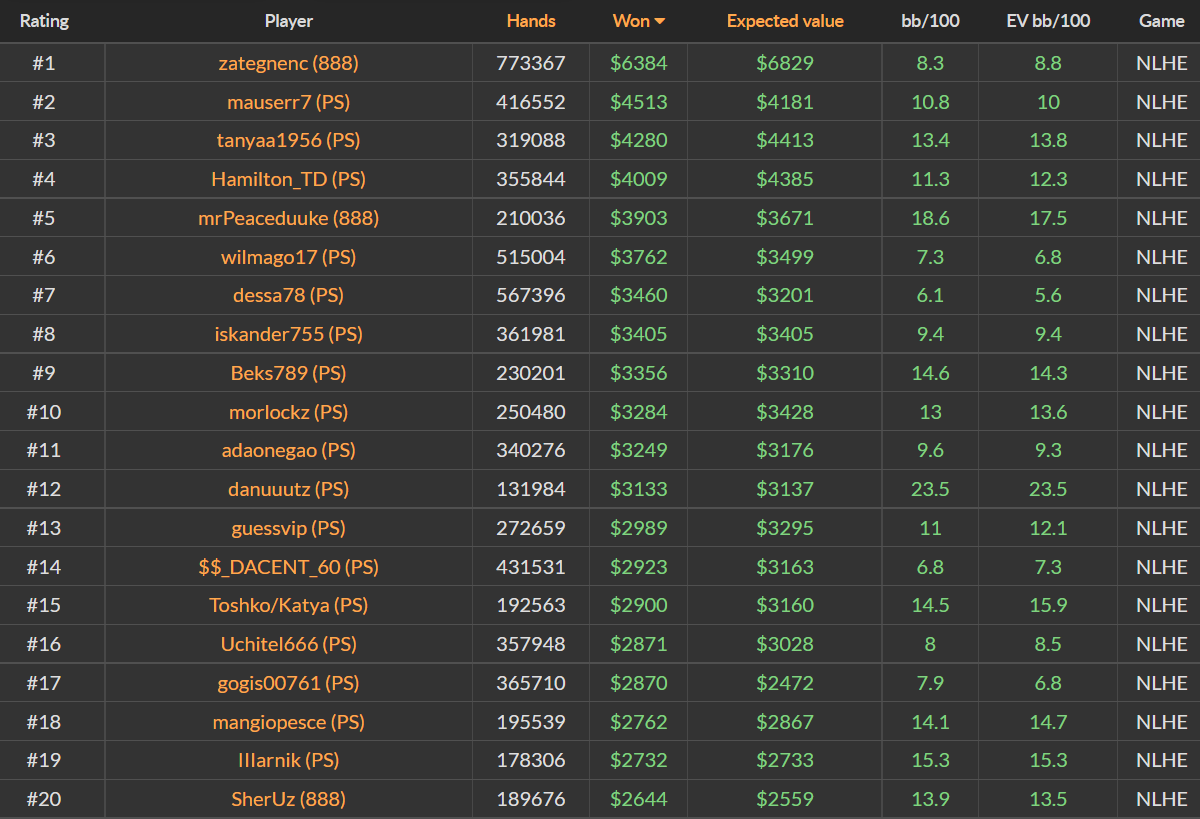 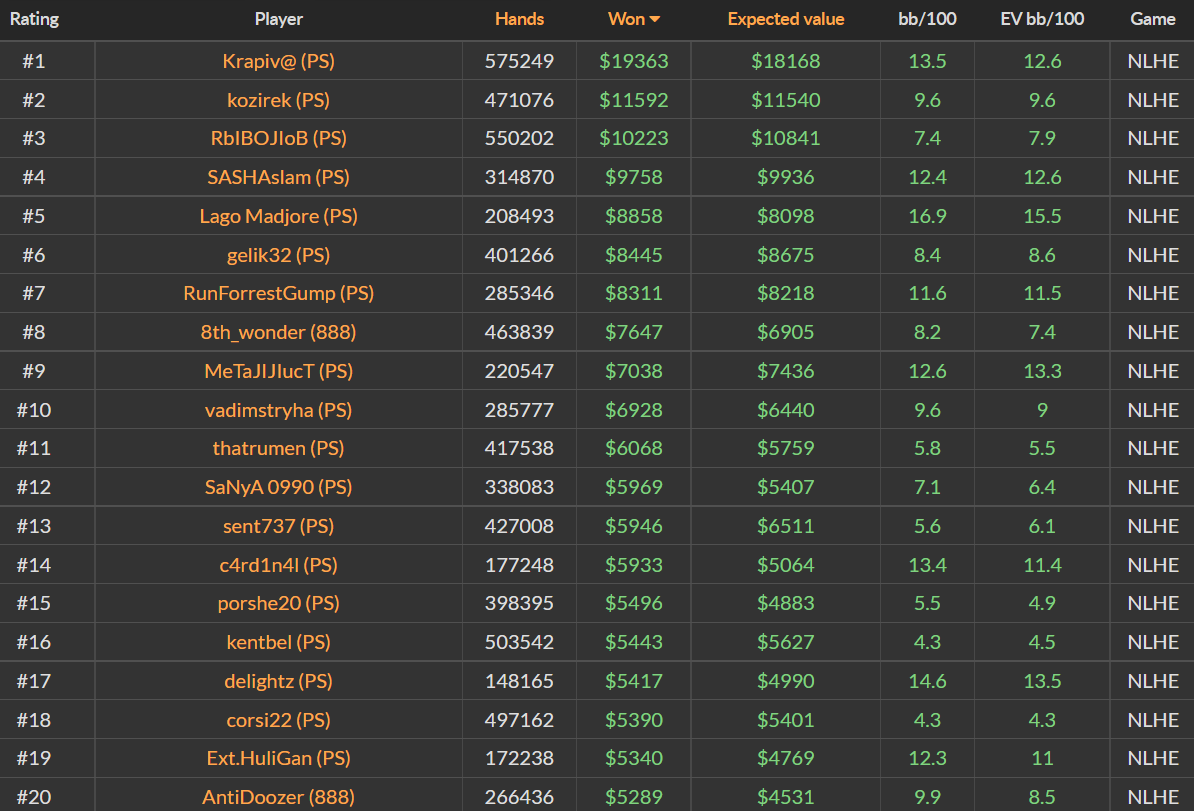 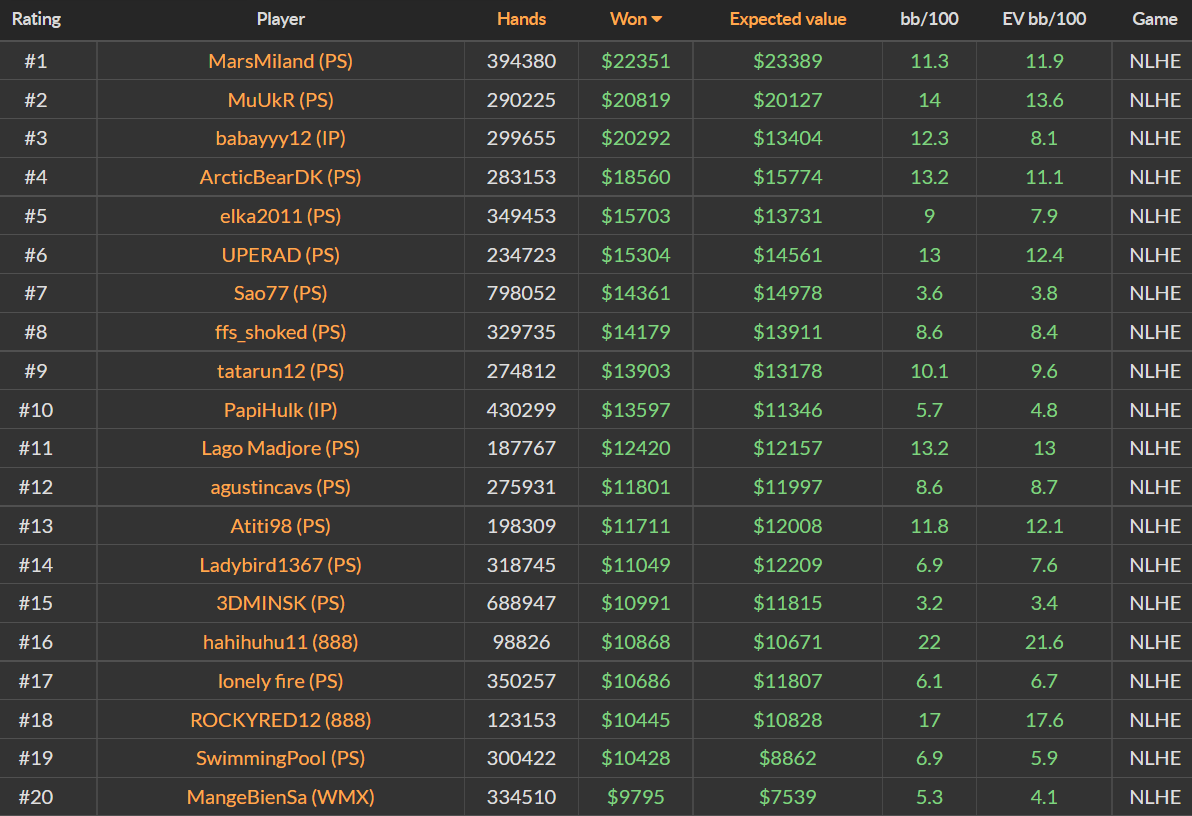 Quality Over Quantity: Comparison to NLHE 2011

While 2011 is considered by many as the golden age of online poker, the results of top players then and now are similar. The 2011 rooms gave bigger rakeback, and players played for quantity over quality. Nowadays, players prioritize the quality of their playing over quantity.

So you'll see similar profits when comparing the two, but the best 2022 players have significantly higher bb/100. Rakerace.com lets you maximize your profits and get a better bb/100 by giving you fantastic rakeback potential. Join one of our partner rooms through rakerace.com and find some of the best poker offers in the market.