The site disclosed the details of a simplified, rakeback-style system with up to 51% rakeback. 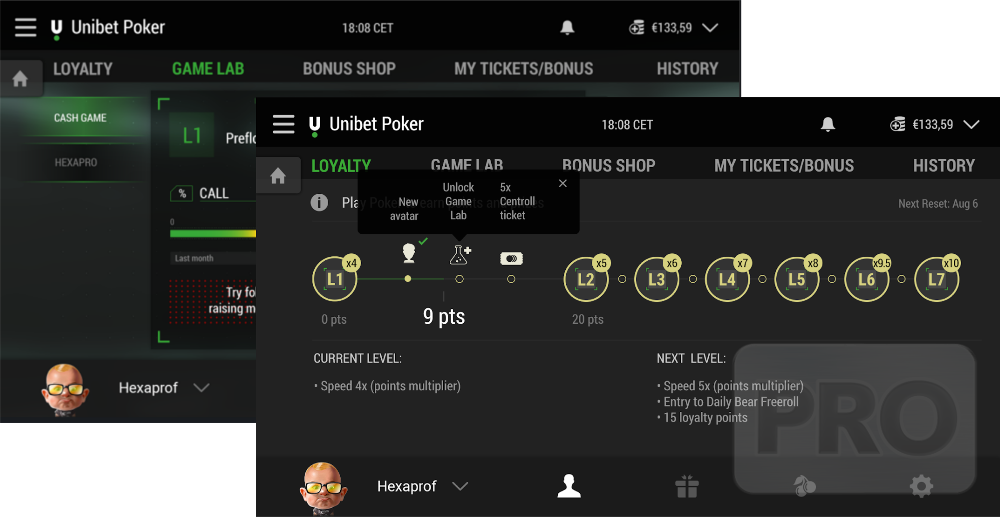 Our offer at Unibet Poker includes:

Unibet Poker announced that they will roll out a renewed loyalty program from April 1 to all markets.

The new system will be a more straightforward rakeback-style reward program, where players will receive their prizes based on the amount of rake they generate. The leaderboard-looking reward system contains 11 different levels, with the lowest offering 10% rakeback for all players, who generate at least €5 of rake in three months.

Small-stakes players will easily meet the 23% rakeback level requirement, while mid-stakes grinders will probably make 40-51%. The highest available rakeback will be 51.10%, which requires €43,655 of rake in a quarter, meaning €14,500 of rake a month.