Up to 60% flat rakeback at GGPoker

Our best offer at the GGNetwork is our deal at Natural8, which includes the followings:

The GGNetwork has announced a brand new reward system, the Black Rank, where players can gain up to 60% flat rakeback.

The system is an alternative for the Fish Buffet Program, where players had to spin a wheel when turning in their points, which determined how much rake they received. Many players didn't like this luck-based aspect, and they can now switch to a more easily predictable version.

The Black Rank has four different levels, and players have one year to meet their criteria.

The rakeback will arrive weekly, and players have to collect it themselves. However, if you don't collect it, it will not be lost. You can collect it a week later together with the rakeback for the last week.

Players can switch from Fish Buffet to Black Rank anytime.


Players can also decide to switch back to Fish Buffet from Black Rank. In this case, you'll start on a higher level.


This is what a comparison between the Fish Buffet and the new Black Ranks program: 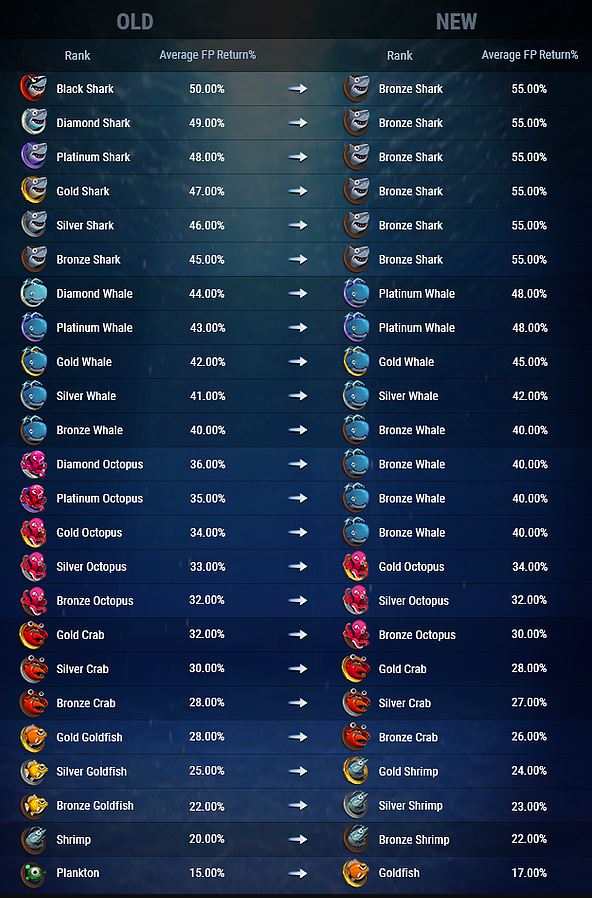 In the meantime, the network also changed the PVI system. While all players had a PVI multiplier between 0.2 and 2 in the past, the highest they can now have is only 1. This most likely affects losing players.