What does staking mean in poker? 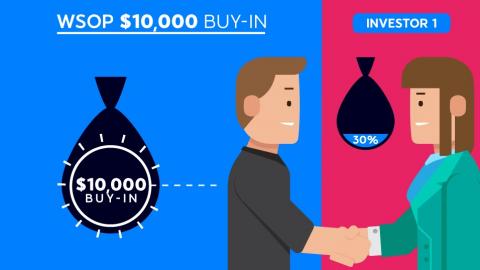 Besides stacking, maximizing rakeback is the easiest way to increase profitability. So you should take a closer look at the offers of rakerace.com.

Such arrangements can benefit both parties, by creating a profitable investment for the backer and diminishing the financial risk, amongst other advantages, for the player.

How Does Staking Work?

Staking can come in many different shapes and sizes, but agreements will tend to fall into one of two categories, namely short and long-term staking. Find both outlined below.

Ultimately, both short and long-term staking can mean many different things based on the unique terms and conditions of the agreement.

Should You Consider Staking?

Below I’ve outlined the various pros and cons of staking.

Staking can provide a much-needed financial safety net, along with a myriad of other benefits such as regular coaching and a sense of community. That said, it’s also important to consider the potential downsides of staking, like a reduced profit share and various contractual obligations. Ultimately, it’s up to you to decide whether staking makes sense as part of your unique poker journey.

Hopefully, this article has helped you to better understand staking in poker!