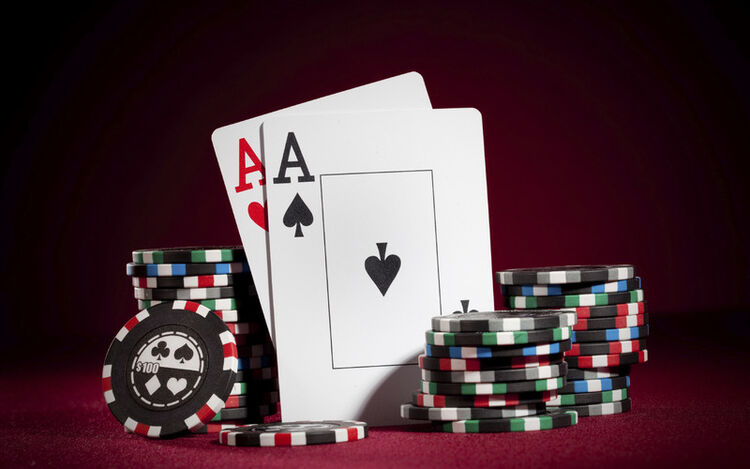 After we have studied the basics, let's take a look at what the preflop opening ranges look like. Remember, always keep it simple and if you are unsure tight is always right. So naturally, the less information you have, the more challenging situation you can get into, and the tighter you want to be. That's why you'll see a nice trend of opening wider as we get from UTG to the BTN. So the more information we have, the fewer opponents we face, and the likelihood of playing in position or winning straight away the blinds makes us more incentivized to open more and more hands.

We try to avoid small pairs when we expect cold calls from in-position players or a situation that will likely cause problems (winning with a hand post-flop that needs to be improved and less likely enough in most showdowns). On the other hand, you can add some small pairs if you expect a recreational player in the blinds to be bleeding money.

Axs: All of them

Their nut-making ability and the fact that our top pairs (with the ace) are relatively invulnerable makes them very attractive to play from any position as an open.

We tend to open linearly, meaning we play the top x% of our hands. In playability and hand strength argument, Kxs-type hands outperform suited connectors: the lower our kicker, the less incentive to open these hands. Also, we should avoid low kicker hands when we expect a lot of cold calling and out-of-position or multiway pots.

These hands were very attractive in the mid-2000's-2010's (let's say the era from the Moneymaker poker boom to the appearance of solvers). The problem is in their playability. Even if you are lucky enough to play in position with them, it's doubtful that a 7-high hand or one-pair type hand (which they most likely will form) wins you pots. Often you'll need to turn them into bluffs, which makes them harder to play. Their strength is their flush and straight potential. The issue is that these hands still won't be the nuts in most cases. It's easy to detect a possible flush or straight, so many times you don't get paid off, while it's hard to avoid a flush-over-flush situation with them, namely that you'll always pay out the stronger hands.

Broadway-type hands are powerful because we can form strong top pairs with them. Mathematically this is the best we can hope for in most hands. But they are powerful in the sense of nut-making ability as well. For instance, compare the straight or flush-making ability over a disconnected hand like Q5o.

From UTG, we target to open somewhere between 15-18%, which you can see on the chart below. The chart you see is not one you have to stick to. More likely a suggestion of where to start off building an opening range. 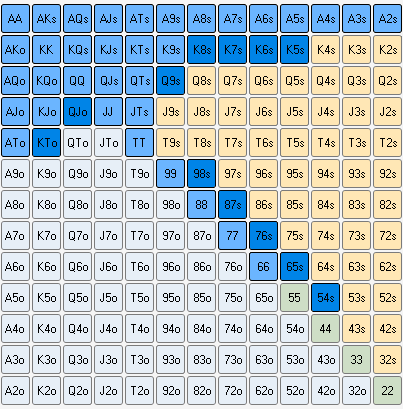 We'll highlight only the new information or differences from the middle position. 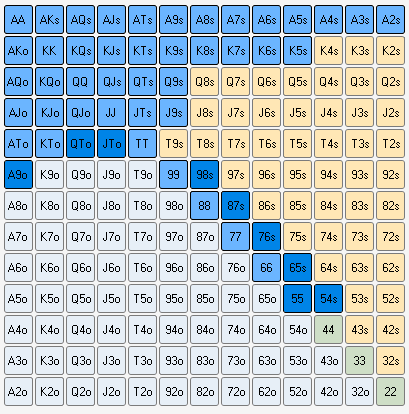 In the cutoff position, we can widen our opening range up to 30%. Just be careful to don't go too crazy about it; there is still a player behind you in position.

We can add small pocket pairs and A5o, A8o, Qxs type hands sometimes and widen towards 1 or 2 gappers with a broadway card like J8s, T8s, etc. Also, we are always opening broadway cards and almost all Kxs. 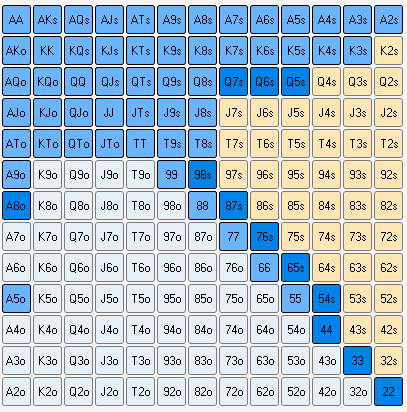 On the button, we can absolutely unleash our fantasy. Almost half of the hands are now worth opening. Basically, any pocket pair, Ax, suited connector, or broadway hand is good enough. Nex to all kinds of suited hands, including J5s, T6s, etc. And a wide variety of off-suit hands with a broadway, such as Q9o, J9o, etc. 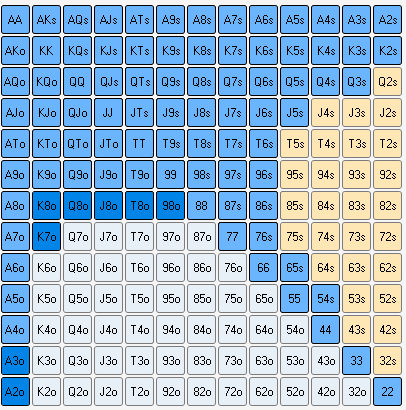 The small blind position is a bit tricky in terms of opening the action since you are going to play out of position for sure if called. Still, you have only one opponent left and a great chance against his random hole cards to steal the big blind immediately. Your range should be similar to the BTN opening range, just a little tighter. 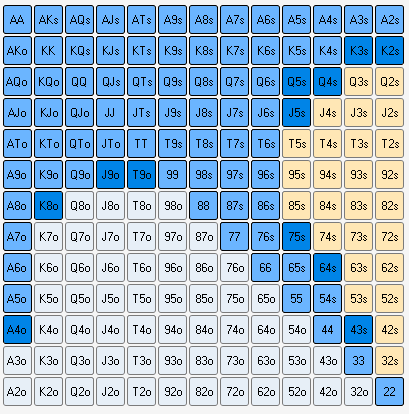 One crucial question we still need to discuss; How many bb to open with our hands? The above-given ranges are calculated for 2,25-2,5bb open size.

From UTG-CO you want to make it cheap (stealing the blinds, right?), so go for 2,2bb or even smaller if opponents fold the same.

From the BTN you don't want to give an excellent price to the blinds and you'll continue in position so you might go ahead and open 2,5-2,7bb.

In the small blind, you generally want to size up for the same reason; that's why a 3bb open is advised.

3. When to alter from this ranges?

If you are very comfortable with your preflop opening ranges, you might mess around with them a little bit. Depending on your opponents' statistics, you can always widen or tighten up a little bit.

Typically low-stakes player don't 3bet enough and slightly overfold even preflop. So if you open from UTG-CO, you'll often get more folds than you should, meaning you'll play the hand in position or steal the blinds immediately. Another side of the coin is that low-stakes regulars (not mentioning recreational players) like to cold call in position more than theory suggests. If players like this sit behind you, tighten up a little.

From the BTN and SB you will have even more chances to steal. If the player-pool overfolds from the blinds, you can successfully widen your ranges. This means you can add another 3-7% extra hands; just always have a good reason to do so.

Short stack play is another reason you should alter from these ranges. All you've learned here is the standard base, 100bb deep effective stacks, and 6-max Hold'em open ranges. You'll need to tighten up if you face shallower stacks. High card hands are way better (such as AJo, KTo, etc.) than lower cards like low, suited connectors (54s, 76s, etc.) and small pocket pairs like (22-55). Often all you need is a strong top pair; since the stack-to-pot ratio is low, most of the money will go in by the turn. There is no room for your speculative hands like suited connectors to realize their equity and full potential. Even if you turn your flush, for example, you'll only win like 30-60bb, which doesn't make up for the losses when you don't get there.

Your goal is to steal the blinds; thus, your opening ranges highly depend on the circumstances. Your position, the amount you'd like to bet, stack depth, rake structure, and your opponents' deviation from the optimal strategy. Open as small as you can and simplify your approach. Usually, the correct mindset is: tight is right, but if you notice that your opponents deviate from the optimal strategy, use this information against them!

Go ahead and steal the blinds ;)

You can learn more here how to maximize your rakeback .

Good luck at the tables