Small pocket pairs (22-66) generally tempt any poker player when considering hand selection. This is because they can make strong, valuable hands like sets, and it's pretty easy and straightforward to play them. Well, at least the majority thinks this way. However, in reality, there are several errors one can make when playing a small pocket pair. So let's dive into them so that you can avoid these mistakes! 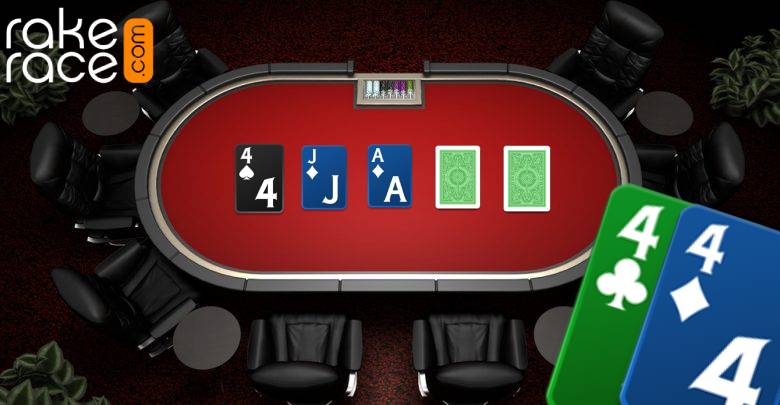 1. Getting involved in too many spots

Let's start with a broader, more general understanding of how you leak money by getting involved in too many spots.

The problem with the hand class of small pocket pairs is that they don't have much showdown value unless you hit your set. Which obviously leads to two conclusions. You'll have to give up a considerable part of your range (depending on the situation and your position), or you'll have to turn some of these hands into a bluff, which is not easy to execute correctly.

First and foremost, you must avoid situations where you don't have sufficient odds to play these hands. An elementary example is cold-calling them against short-stacked players. You'll hit roughly 1 set from 8 flops. If your only "plan" is to make a set to win the pot, your opponent needs to have a stack covering the losses you don't hit. However, when you hit, it's still not the end of the story. Villain might have a bigger set or just a good amount of equity with any hand connecting to the board.

Thus the first lesson is to pay attention to the situation you are heading to. If it's not favourable for you, just avoid it by folding more.

A typical example of getting involved in too many hands with small pocket pairs is to open them from early positions or use them to isolate weaker opponents who limp.

As the preflop raiser, you'll face many uncomfortable settings. You can face a big 3-bet (and won't have the odds to call). Those who limp, most likely, are recreationals who might like to donk bet on various streets, denying that valuable equity you need to make profitable plays with these types of hands. If you check the preflop charts we discussed earlier, you'll see that small pockets are missing from them in many cases.

If your table is way too tight, and you notice that your opponent limp/folds a lot, sure, go ahead and add these hands, too. However, most of the time, that's not the case.

Getting back to our only plan to chase sets. There are some instances that cold-calling small pocket pairs will make you money. The ideal situation is if you are sitting on the button (so you'll be in position postflop for sure) and there is at least one recreational who has already cold-called an open raise. Or there is at least one recreational in the blinds who will most likely call preflop.

This sounds like a good situation, but still, it's a delicate spot. Let's say the preflop raiser elects a bigger sizing preflop. Instead of 2,2-2,5, he might make it to 3-3,5bb. Your odds worsened so much that I wouldn't even consider cold calling there.

The same principle applies if someone uses huge 3-bet sizes or, naturally, because it's a squeeze situation, he makes the raise to 13-15bb. Don't chase sets in these scenarios unless the recreational has called the 3-bet as well, and you have great odds to continue.

After getting the preflop game right, one of the biggest mistakes you can commit is to start to slow play your strong hands. In small stakes, most players won't have enough bluffs or thin value bets that would give you any reason to play your hands tricky. Of course, there are players, and there are boards that you need to disguise your hands' strength but in general, if you have a great hand, start to pile the money in.

Most raises and check-raises occur on the flop when the ranges are still wide enough. On later streets, it will be harder to construct a well-built check-raise range. In some cases, you'll miss bluffing candidates on the turn. Or your opponent might decide to check behind. As a result, you arrive to the river with a pot size of less than 10bb.

Consider this: if you start check-raising on the flop, let's say, BTNvsBB situation. Villain might c-bet 2bb into a 6bb pot, you'll make to 9bb, and he calls. On the turn, the pot is already 24bb, and you continue with a 19bb bet. In case of Villain calls, you arrive to the river roughly with the same amount of stack as the pot size. You might go ahead on safe runouts and play for the entire stack. Congratulations, you maximized your winnings! Compare this to the other scenario when you missed your fast play.

We could go back and forth, listing situations, changing circumstances, etc. However, I'd like to highlight that you must consider all possibilities and circumstances when playing your hands. A great example is small pocket pairs; they are tempting to play with and look easy on the surface. However, if you calculate your odds, you might find yourself in a horrible spot if your only plan is to chase sets. Sure, you can bluff these types of hands on later streets, but that will be another, a more complex topic for another occasion. For now, my advice is to avoid trouble situations, and the old saying applies here perfectly; "If you don't know what to do, tight is always right".

Good luck at the tables!