In order to be eligible for our promotions, add your poker room ID, screen name and e-mail address to our site by clicking on "Enter your Betsson Poker ID" on the top of this page.

You are eligible for up to €600 bonus at Betsson Poker.

In addition to the flat 30% rakeback, our players can also participate in our €5,000 exclusive chase, which offers up to 18% extra rakeback!

Betsson's client offers players a return of 10-30%, as soon as you generate any rake, if you sing up via rakerace.com Betsson will raise your status to the highest, 30%  return level  within seven days. 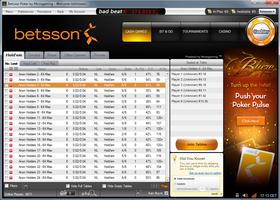 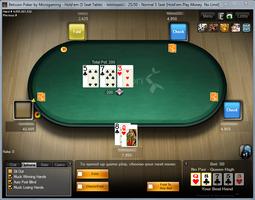 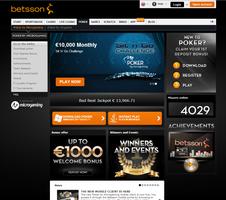