Home Poker Rooms Betway Poker
Betway Poker
Reliability Index: 7.58
Play at one of the partners of the iPoker network

In order to be eligible for our promotions, add your poker room ID, screen name and e-mail address to our site by clicking on "Enter your Betway Poker ID" on the top of this page.

You are eligible for up to €1,000 bonus at Betsson Poker.

You can get the following return at Betway Poker, through the Betway Loyalty System:

- 30% fixed loyalty return + exclusive races (Please note that if you do not register via Rakerace.com, you are not eligible for the fixed 30% return!)
- Go to the Loyalty Points page in the poker client to cash in your Loyalty Points. The minimum rakeback amount you can receive in cash is $10, which means you need to generate a minimum of $33.33 in rake to be able to cash in your points.
- You can set your Loyalty Points to be cashed in automatically on a monthly or bi-monthly basis 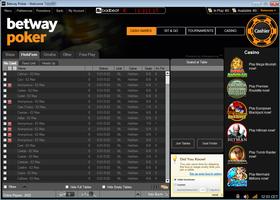 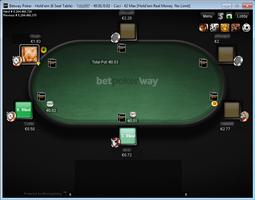 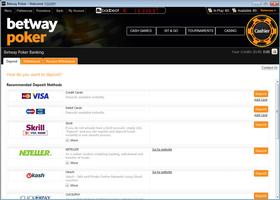