Our rakeback offer at bwinpoker includes:

In order to be eligible for our promotions, add your poker room ID, screen name and e-mail address to our site by clicking on "Enter your partypoker ID" on the top of this page.

Gambling responsibly means being able to exercise control over your gambling activity and not letting it negatively impact other areas of your life.

We urge all of our players to:

After registration, you must deposit your account within 30 days.

The table below breaks down the different levels and their corresponding cashback percentages.

Depending on your country, Bwin may charge a 4.9% fee for Skrill and Neteller deposits. 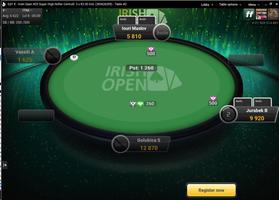 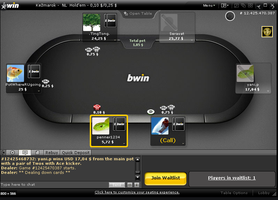 partypoker is one of the largest and most experienced operators on the market, currently performing around the fourth or fifth position on the global online poker traffic list.

With recently implemented, substantial updates, the partypoker software is state of the art, smooth and reliable. The lobby and the table settings are easy to navigate and use and you also have your favourite extra features like the four-color deck, detailed hand histories, custom avatars, multi-tabling, resizable tables, table stacking and so on. The client is available in downloadable, instant play as well as mobile versions.

partypoker has a strong media presence, resulting in a constant inflow of new recreational players; you will mostly meet them at the tournament tables.