Our rakeback offer at Unibet includes:

In order to be eligible for our promotions, add your poker room ID, screen name and e-mail address to our site by clicking on "Enter your Unibet Poker ID" on the top of this page!

- Fixed €200 bonus, regardless of your deposit amount
- Players receive the bonus in the following increments:

The bonus is activated the first time you log in the new software and you have a total of 60 days to clear the full €200 sum.

Rakerace.com reserves the right of typographical errors. Please make sure to double-check all bonus and VIP information on the official Unibet website.

At Unibet Poker, players who registered via rakerace.com are entitled to an exclusive €5,000 race each month, which provides the participants with 10-15% extra rakeback on average!

The Unibet VIP system based on the rake generated, meaning that the more rake a player can expect, regardless of the game set, the greater the return.

The loyalty points can be exchanged for cash or bonuses.

The more rake the player produces, receive a higher rank, which affects the multiplier on bonus points.

Important: The amount of rake generated in three months determines the rank; if the player doesn’t get to level 6(€ 2,205 rake during the quarter), the player has to start from 0 again.

Please note that the calculations presented in the charts above are estimates.

Find your Points status on the Loyalty page in the client. Returns for the month are calculated at the beginning of the next.


According to Rakerace.com players, the player pool strength of the Unibet network is 2.50 on a scale of 1 to 5. The average network strength is 2.96. 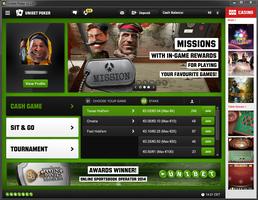 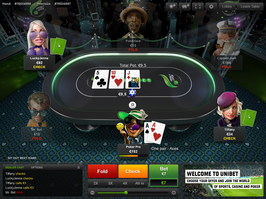 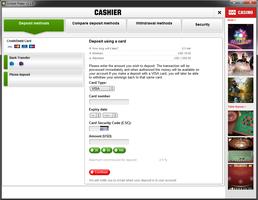 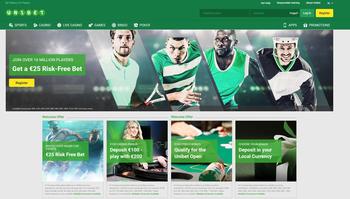 In February 2014, Unibet Poker migrated from the Microgaming network to its very own platform. The new client has instantly gained popularity with the users as a state of the art and competitive solution.

The client, bonuses and loyalty system of the room are all optimised for recreational players, as previously advertised by Unibet.

- The room has banned itself from the various tracking sites, therefore it is impossible to monitor its game traffic and the stats of its players
- Users are allowed to change their screen names on a daily basis
- Neither hand histories are offered nor utility software allowed
- Freeroll tournaments are offered hourly